When it comes to rocks and minerals, quartz is one of the most well-known gemstones in existence. It is highly affordable and readily available. Plus, its transparent to semi-transparent nature is excellent for capturing light, and it comes it a ton of breathtaking colors, making it incredibly popular for jewelry.

If you want to know more about quartz, including its properties, historical use, and origins, here’s an in-depth look at this amazing stone.

If you want to know the answer to the question “what is quartz” from a scientific perspective, quartz is technically a mineral (silicon dioxide), not a gemstone. It is incredibly abundant, and it isn’t uncommon for people to stumble across quartz while hiking in the mountains or along woodland rivers. 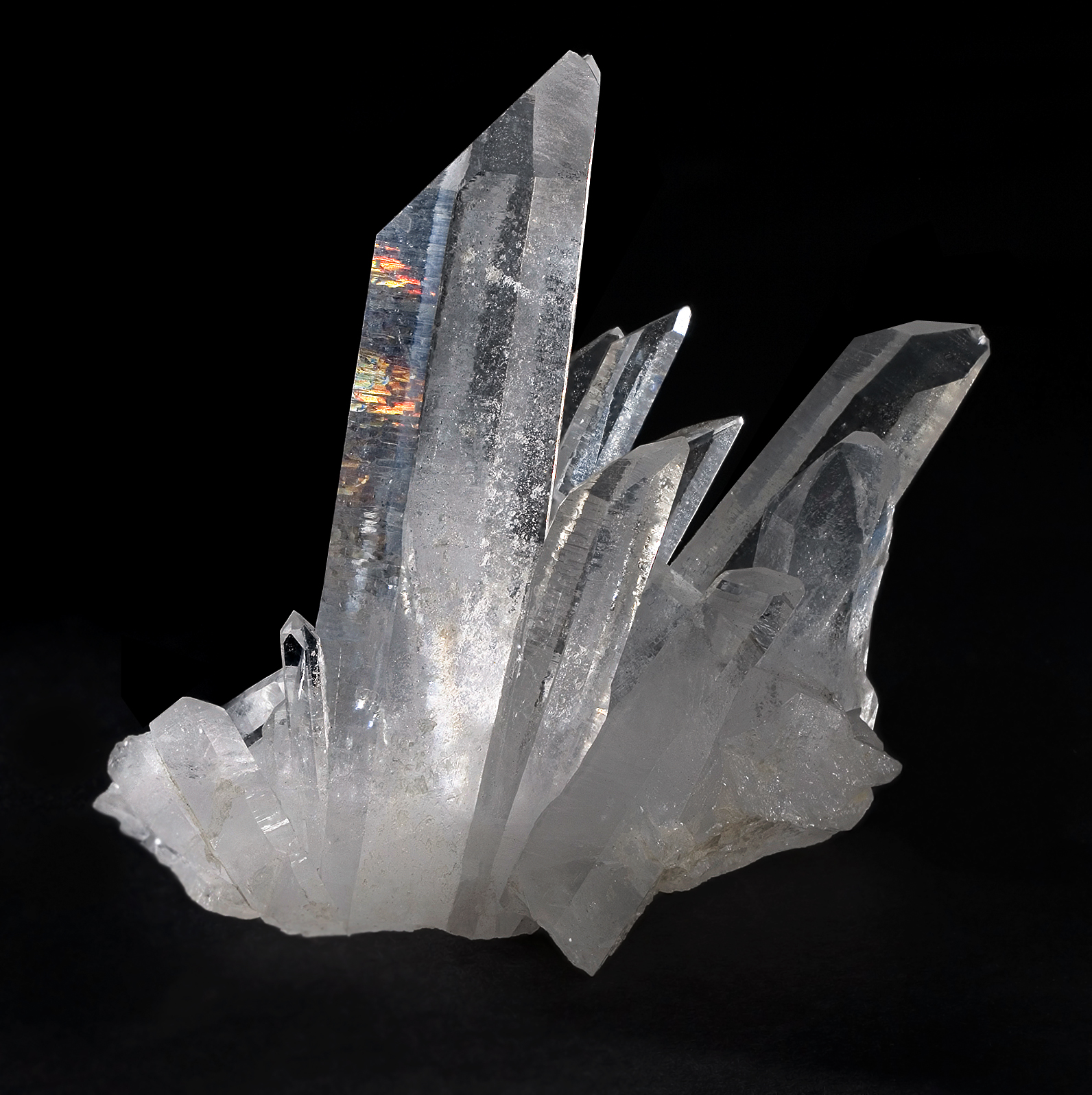 Quartz color options are plentiful. Along with clear quartz, you can find quartz in pink (rose quartz), brown to gray (smoky quartz), yellow (citrine), purple (amethyst), and more. Usually, the colors occur when there are impurities in clear quartz. For example, with smoky quartz, aluminum impurities can be responsible.

The History of Quartz

Since quartz mineral is so readily available on the Earth’s surface, cultures have been putting it to use for ages. Ancient Egyptians made clear quartz jewelry. Mesopotamians used rose quartz beads, and Assyrians had pink quartz jewelry. Romans and Greeks were also found of quartz, at times using it to create talismans.

However, quartz isn’t just prized for its aesthetics, though jewelry is one of the best-known quartz uses. The stone is also highly functional and has made its way into plenty of industries.

Quartz crystals also have a place in manufacturing. Crystal oscillators are in watches, radios, clocks, computers, GPS devices, and even cell phones. Optic grade quartz makes its way into specialized lenses, lasers, microscopes, and a variety of other scientific instruments, too. However, synthetic quartz is more commonly used in those situations, ensuring there are no inclusions or imperfections.

Where Quartz is From

Quartz isn’t from one region of the world. Instead, it naturally occurs all across the planet, though the size and coloring of the deposits can vary. Since quartz is highly durable and chemically inert, it generally stands the test of time as well, supporting its overall abundance.

Quartz stone is commonly used in jewelry. Whether cut, polished, or tumbled, the broad range of colors and pleasing clarity makes quartz a flexible option. Plus, it’s widely available (making it affordable) and is incredibly durable. Quartz jewelry can stand up to a ton of wear and maintain its amazing look even as the years pass by.

Clear quartz is a popular option for jewelry thanks to its crystalline appearance. Whether shaped into quartz beads or left in a raw state, light passes through with ease. It allows the quartz to seem like it’s almost glowing.

Rose or pink quartz is also frequently used, offering its delicate coloring into the mix and creating a sense of warmth and even romance. Rose quartz bracelet, necklace, pendant, and earring options are readily available.

Citrine and amethyst, which are technically quartz, are also highly desirable jewelry stones. Often, they are great ways to inject vibrant color into your wardrobe at prices that are more affordable than many other gems.

There is a bit of debate when it comes to the clear quartz meaning. Some believe that it amplifies connections, communication, or even the effect of other stones, in a metaphysical sense. Others associate the gemstone with various guardian angels.

Rose quartz benefits are thought by some to involve matters of the heart, possibly due to its color. You may also see claims that it helps with fertility. Others feel that it is a calming stone that can assist with stress relief.

For smoky quartz, some think it can neutralize negativity or that it has a cleansing effect. Others associate it with spiritual balance and grounding.

However, it’s important to understand that none of the metaphysical or health claims about quartz (in any variety) are proven. Gemstones and minerals can’t substitute for actual medical care. While wearing quartz jewelry or holding a quartz stone typically won’t cause a person harm, it should never be considered a treatment or cure for any mental or physical health condition.

With so many color variants, a massive number of gemstones ultimately resemble some form of quartz. Clear quartz and diamonds can look a lot alike in some situations. In fact, certain double-terminated quartz crystals are called Herkimer diamonds.

Pink morganite, sapphires, rhodolite garnets, kunzite, tourmaline, diamonds, and a few other stones can resemble certain pieces of rose quartz. Smoky topaz, axinite, and kornerupine can have a similar appearance to smoky quartz. Some champagne diamonds may look like smoky quartz as well.

However, in most cases, quartz will be cheaper than its coloring lookalikes. As a result, many people prefer quartz for jewelry, especially if they want an eye-catching, showstopper of a stone.